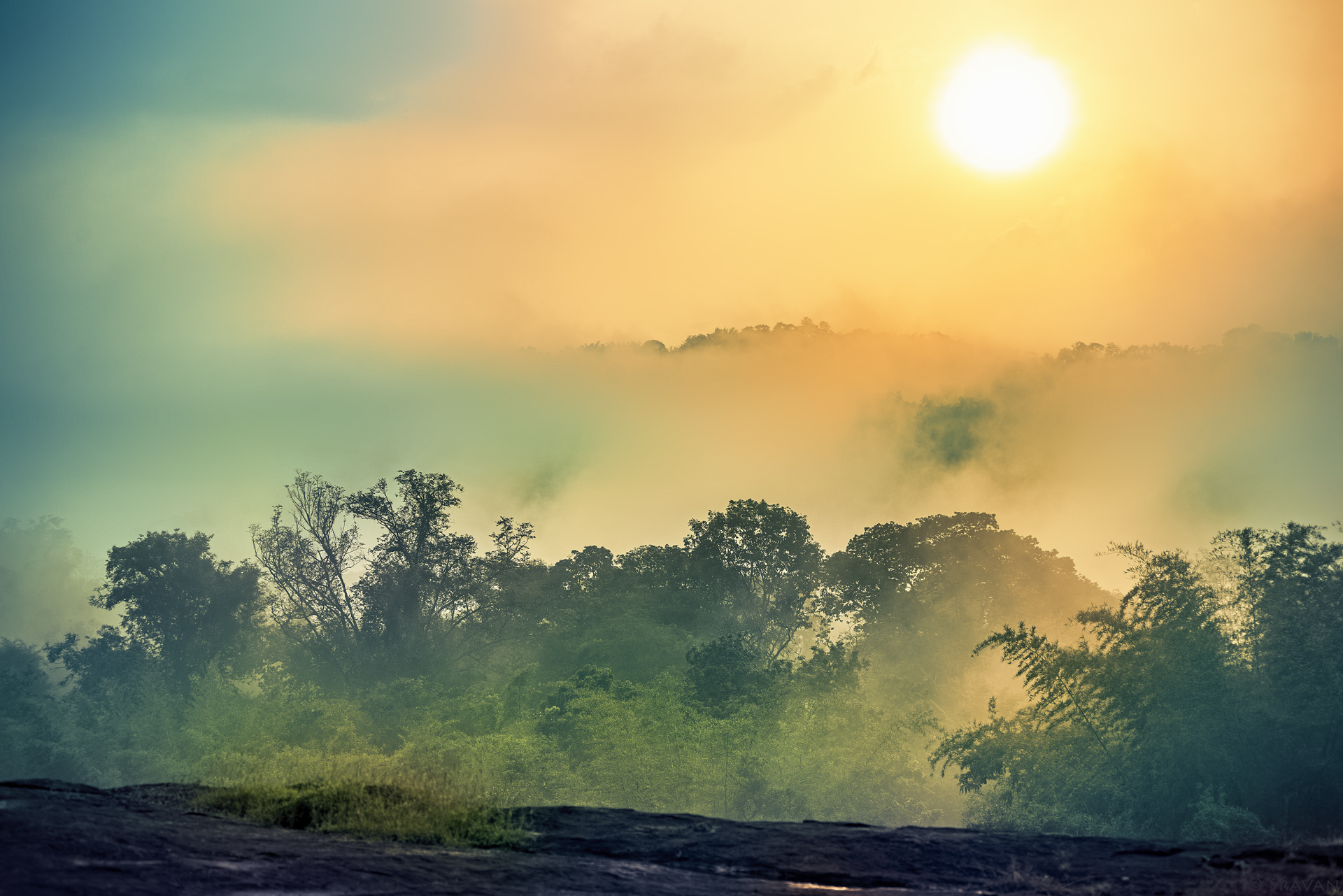 Note: This post is very lengthy, I recommend a good free time.

End of the year 2013, I had few leaves left which should be consumed, otherwise they will be lapsed.
So I started thinking whether I should visit any place for bird watching as it was winter.

After little bit of research on net, I finalized two places, Thattekad and Ganeshgudi.

As always this time too I was alone for these trips without any company, for the reasons, one I didn’t know anyone who is into birding personally and the other, I know people who were not into birding!
Added to that, I was utilizing my lapsing leave and others wouldn’t be able to get that much leave in such a short notice.
So it’s only me again.

With the contact information available on the net, called Mr. Gireesh, Jungle Bird Homestay at Thattekad.
I asked for the availability for the dates from 19th to 23rd Dec for five days, and he quickly checked and informed me that no bookings were available from 10th Dec to Feb mid. So I had to change my plans
from Dec to Nov last week and finalized those dates in Nov after four phone calls and discussions.

Gireesh was suggesting it’s better if there were atleast two persons and asked me whether anyone could join me. I told him no one was there and asked whether it was mandatory.
He said it’s fine, not a problem and asked me to come. I got to know how it matters only on the last day of my trip, at billing time. But Girish was kind enough to me 🙂

Just before booking my train tickets next day, I called Gireesh for the confirmation and he did not remember at all about our conversations!!!
I was little bit worried and told him that he had informed me to come on those dates. Then he simply said “If I had said, then you could come, it should be in my diary”.

I was clueless on this until I met him. One can clearly see the traditional ways of booking still exists, noting in a Diary than in a laptop/iPad.

Started by train from Bangalore and got down at Aluva station at 8:30 am and had a quick breakfast in a hotel next to the station and reached the bus stand which was a minutes walk from the station to catch the bus to Thattekad. People at enquiry were kind enough to guide me to the bus which goes to Kothamangalam (got into a bus to Munnar from where one should catch another bus to Thattekad).

I had to stand in the bus till Kothamangalam as the bus was full, and as I was alone with very less luggage it wasn’t a problem.
I got Thattekad bus immediately from Kothamangalam and I got a seat too.

Finally I reached Thattekad around 11:30 a.m. (the bus stop was at Dr. Salim Ali Sanctuary entrance).
I was confused about where the homestay was after seeing that place and then called Gireesh.
He told me to walk right inside the Sanctuary and told me to ask the person at the gate about the homestay.
Followed the instructions blindly and the good news was I have to walk inside the sanctuary only.

After a minute walk, I found few houses and tried to recognize the homestay with the pics I saw on net.
Surprisingly I was unable to recognize, but to my luck, saw Mrs. Gireesh at the gate. She smiled and asked me whether I was Sravan.
I had a great relief.

Why I am writing in this fashion is when we are clueless about the place we go that too alone, we’ll have lot of anxiety till we reach our destination, so this is just to project that 🙂
(To some extent Google Maps are helping now a days but not completely. In this case the map was showing Thattekad somewhere and the bus stop was somewhere else, I can see Dr. Salim Ali Sanctuary but the map was not showing that place near Thattekad, lot of confusion is there)

Homestay is very basic and decent. A single room can accommodate three people and had three beds.
I had a luxury of staying alone.

The room had an attached bath but no hot water was available even in winters.
They had one A/C room and had plans to convert one room with A/C every year.
Mostly those were occupied by foreigners.

Food was pure authentic Kerala style. So initially I had some problems but got adjusted to that.
So if anyone is going with their family they have to think about the facilities and food especially for Kids.
But the best part was Gireesh and his family, they were very good. “Gireesh told me that one can cook for their kids if required”.

As the Homestay was in the Sanctuary, one can expect lot of insects around and also mosquitoes.
So it’s better to prepare for that and carry some insect/mosquito repellents.

Mobile signal was another problem, one should walk till the main road to get the signal.
In one way it was good, no one would be disturbed during the stay mostly while taking rest 🙂

The sanctuary road was not fully lit so it was mandatory to carry a torch if one wants to roam around in the night, esp. while talking on the phone.

No Wifi hubs too here 🙂

While visiting in winters (peak season Dec-Feb), it’s better to book atleast 3-6 months in advance.
Lots of foreigners also visit during that time (so even more demand). I had atleast two foreigners with me in every birding trip.

In other months there won’t be much demand.
(That’s one reason Gireesh is a lawyer too by profession as he has to take care of his family during those dry months)

The tariff consists of following breakup.

I am not giving the price as it varies every year/as per the local rates.

This is where visitors can save money if they go in a group/atleast two as the fares like Birding trip are calculated for a minimum of two.

Gireesh set a good model here, the tariff was same for both Indians and foreigners.
He says all humans are equal, hence even foreigners get the same food (no continental) and no special treatment/facilities too.

As there were no ATMs/swipe/online transfer facilities, one must carry plenty of money there.
I remember the nearest ATM was around 15kms away from this place.

By default, two birding sessions (morning and evening) are planned as per the day program.
But the most important one is the third one, that is after the breakfast on your own!
Typically I suggest to plan for this from 10:00 to 13:30 hrs.
Buy a ticket at the sanctuary entrance and walk into the permitted sanctuary area on the opposite side of the road.
It’s an “invaluable” treasure, where I saw lifers like White-Bellied Treepie, Nilgiri Wood-Pigeon and Rufous-Bellied Eagle.
I went on my own without any guide.

It will be tiring but most rewarding.

During rains, there would be millions of leaches. One must be prepared for that.
Personally, I was ready to loose any greatest of greatest wildlife moment for a leech 🙂

Leech proof clothing:
I suggest people who are sensitive, to wear ankle length water resistant shoes.
Otherwise thick winter socks, and insert the trouser, preferably Jeans/Corduroy in the Socks.
This idea changed everyone’s life from leaches 🙂
Full hands shirts/T-Shirts too required to get rid of leeches from hands (surprising but a fact).

Camouflage clothes definitely help in approaching birds as mostly everyone will be on foot.

A camo hat too is useful, Mr. Gireesh always wears it.

Umbrella/Polythene covers for quick wrap-up of Camera/Lens when it suddenly rains (Have to take risk on cloudy days, cannot sit idle at homestay 🙂 ).

Cameras which support High ISOs atleast ISO 6,400. Lenses a minimum of 300mm. I was using Nikon AF-S 70-300mm VR.
In some specific places 2,000-2,500 mm are recommended 🙂
Not many places for landscapes, hence no wide angle lens is required.

High power torch, sometimes required for nocturnal wildlife. I prefer this to a flash.

I prefer light weight gear as one has to walk and hike extensively.
For me, for these kind of trips, Tamron 150-600mm lens is a God send where a normal tripod is good enough and overall gear will be under 5Kg.

And finally I recommend Gireesh’s Jungle Bird Homestay for a memorable trip.

Trip report will not be complete without mentioning few words about Gireesh.
Very knowledgeable, he guessed a Frogmouth seeing the habitat at a new place we’re exploring http://www.indianaturewatch.net/displayimage.php?id=456743
A very hard working and busy person with two professions to support his family.
Away from internet, no time too for him to access internet hence all the reservations are noted down in his diary itself.
A kind person and important to note “He never had a harsh talk or scolded even once his wife”. I was joking with him saying he should have time for it 🙂

Gireesh arranged a taxi for me to Ernakulam railway station at morning 6:00 and it took around 1.5 hours to reach there.
Had an amazing breakfast at IRCTC restaurant and boarded the train.
Reached Bangalore at 6:30 pm and had a different birding experience overall.

First timers to me

Almost every image in this trip has atleast a small story behind it, some have bigger stories for a change when compared to my regular bird photography trips. Already this post is too lengthy so no more stories 🙂
I have added few rubber extraction photos for the people who are interested.

Given worst light and reach throughout the trip, I managed only record shots in terms of photography but more memories.
Hope this is not boring. Thanks for your very valuable time.

Many thanks for stopping by,
Sravan